Ryan & Christy have been involved active ministry for over 20 years, working in the areas of youth and children’s ministry, as well as pastoral and evangelism ministry in both the United States and Mexico. While on a missions trip in Turkey in 2014, God gave Ryan a vision of a map of Spain and spoke to him to plant a missions-sending church in Valencia, Spain that would impact the Mediterranean Region. Currently in their first term in Spain, the Thomas’s are working to plant a multi-cultural church in the heart of the third largest city in Spain. The country of Spain still has less than 1% of the population that profess to be born again, so the need is great! However, they believe now is the time for this region and are excited to be a part of new wave of evangelism and church-planting to reach secular Europeans. 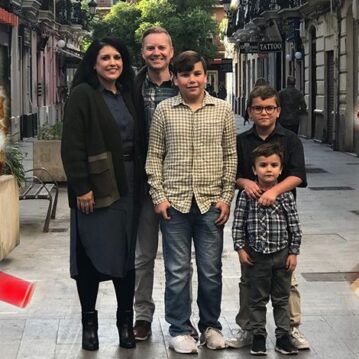